SERVICES
PROFESSIONALS
ABOUT US
LOCATIONS
PUBLICATIONS/SEMINARS

The EU and Japan have some of the world’s oldest and strongest trade and investment ties, as demonstrated by the fact that Japanese multinationals currently employ over 600,000 people in Europe.
These strong ties between the two economies that rank amongst the largest in the world are set to strengthen and expand significantly as a direct result of the Japan-EU Economic Partnership Agreement, which entered into force on 1 February 2019 and is the world’s largest free trade agreement. The expansion of economic links between Japan and the EU means that the significance of EU law vis-à-vis Japanese businesses is steadily increasing.

Businesses operating in Europe are often subject to various forms of detailed and complex EU Regulations that are directly legally binding in each EU member state, and EU Directives that once transposed into the domestic laws of the member states, are also legally binding. As a result, EU law has a tremendous impact on almost all sectors of the economy, and Japanese companies need to be prepared to carefully navigate the EU regulatory environment in order to succeed in the EU.

AMT has a unique position in the Japanese legal market in that it can genuinely provide EU law advice to clients out of its Tokyo Office. Vassili Moussis studied law in Belgium and is a UK qualified attorney now based in Tokyo, having previously worked at the European Commission and gained extensive experience advising on EU law and EU competition law in Brussels and London. The firm also has other European qualified attorneys and a number of the firm's Japanese qualified attorneys have studied in Europe and worked at leading law firms (including in their EU law departments) in major European cities such as London, Paris, Brussels, Frankfurt, Dusseldorf and Amsterdam. Furthermore, over many decades AMT has established close working relationships with elite law firms across Europe, regularly hosting their attorneys who further complement AMT’s EU law practice. 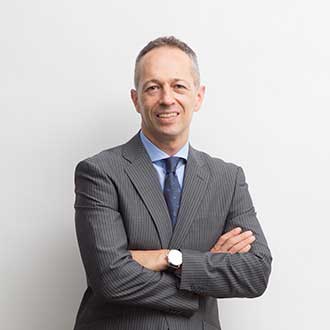 Vassili Moussis is an English qualified lawyer whose practice focuses on EU and international com...